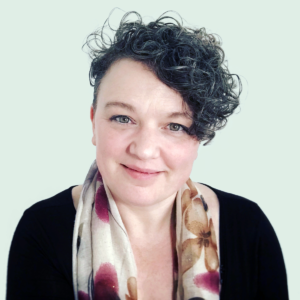 For many years, I was an early years educator who loved spending time with children of all ages.

In all my years working as with the littlest members of our society, there are a few things I stick by:

Adults play along, children simply play; and it is beautiful.

Of course, my philosophy is inspired by my own desire to play.

From an early age, I dreamed of having my own school (with all the best toys, so I could play all day). I was fortunate to have a wonderful childhood, filled with play and imagination; there was a reason my cousins nicknamed us the Cardboard Box Family!

My siblings and I created and built worlds, we invented characters and histories, we played seriously and we seriously played. And, as I was the eldest, I continued playing well into early adulthood.

My love of play and imagination travelled with me wherever I went: babysitting and childcare positions, youth and volunteer work, and even my work in service and retail. Eventually, I turned my love of play into something concrete… a degree in Drama.

Yes, I did not choose education or childcare; I chose to continue using my imagination. I could not (and did not want to) stop creating people and worlds.

As I navigated adulthood, my love of working with children and young people blossomed. I became a freelance performer and educator, touring the country with a range of productions and dramatic workshops. During this time, I visited schools,  museums, and community groups; and, no matter what the project or location, I loved how readily children accepted changes in their reality.

In 2002, I moved to Japan to teach English. My plan was to stay for one year, broaden my experience, and check out teaching as a career. I did not plan to meet my husband there, let alone settle down and start a family. Professionally, I did not expect to become an early years educator despite this being a wonderful fit for me. In fact, I loved my work so much I ended up delivering workshops and facilitating training for other early years teachers.

After some time, I opened my own school (with all the best toys). Had I achieved my childhood dream? In many ways, yes I had, but something else was bubbling beneath the surface. There was a particular aspect of my work that I lost many happy hours to.

Ten years previously, I was introduced to Photoshop. I had no idea what it was or what it could do, but there was something fundamentally wonderful about the potential it held for creativity. So, I began to play. For years, I played and built up skills never imagining that they would one day direct the course of my life.

During the day I worked with children, but as darkness fell I worked steadily at my computer creating flyers, posters, sticker books, resources, stories, worksheets, merchandise and more. And the more I worked, the more another dream began to take shape. One that I was afraid to follow but that seemed wonderful to me. Deep in my subconscious, the question arose, “How can I design for a living and still focus on children?”

Then life interrupted, and I had to make some changes.

When my son was five-months-old, my husband and I visited the family with our baby son. We were away for six months, during which time the markets shifted and we needed to begin again.

So, we relocated to the mountains, staying in a popular international ski-resort. There, I reignited Bee Kids as a childcare service to care for babies and young children while their parents skied.

Since my customer base was not local, I created my first website and set up social media business accounts. I created a series of visual posts then shared like crazy. The customers came. I must confess, I was surprised. I had not realized the power of digital marketing before that point.

What was more, within months of the winter season-ending, I was receiving enquiries and bookings for the next one.

However, it had become increasingly obvious our son was neurodivergent. So, after 15 years in Japan, we relocated back to the UK where we would be better able to find the support he would need.

The Journey to Now

After some time settling into our new lives, I have found a rhythm in design. I began creating flyers and print ads for a small charity. And, the more I created, the more I wanted to create.

I played with a few business models that would fulfil my desire to advocate for young children but, over time, the direction I needed (and wanted) to take became clear.

So, drawing on my passions for creativity, character development, childhood, and education I have rebuilt Bee Kids from the ground up. Not only this, but I have allowed my time in Japan to inspire my work; however, this will be another post entirely.

Have you meandered through life, or taken a more direct route to where you are? Let me know in the comments below.

This website uses cookies to improve your experience while you navigate through the website. Out of these cookies, the cookies that are categorized as necessary are stored on your browser as they are essential for the working of basic functionalities of the website. We also use third-party cookies that help us analyze and understand how you use this website. These cookies will be stored in your browser only with your consent. You also have the option to opt-out of these cookies. But opting out of some of these cookies may have an effect on your browsing experience.
Necessary Always Enabled
Necessary cookies are absolutely essential for the website to function properly. This category only includes cookies that ensures basic functionalities and security features of the website. These cookies do not store any personal information.
Non-necessary
Any cookies that may not be particularly necessary for the website to function and is used specifically to collect user personal data via analytics, ads, other embedded contents are termed as non-necessary cookies. It is mandatory to procure user consent prior to running these cookies on your website.
SAVE & ACCEPT